DIY : Build your own InspiralOn Robot

Build a manually controlled robot capable of traversing a broken pipe and repairing it on the way, in this case, popping corks plugged in the pipe. For more details on the event refer to our website.

In this DIY , we have divided the design of the robot into 4 parts:

The body of the robot is designed in such a way, that it can traverse the central rod of the arena. You may also try other body designs which use the outer pipe or a combination of the rod and pipe to travel. 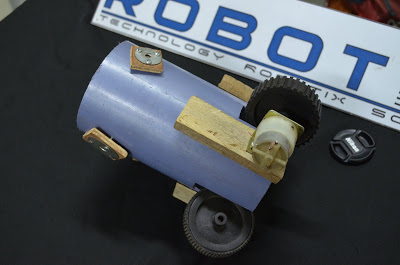 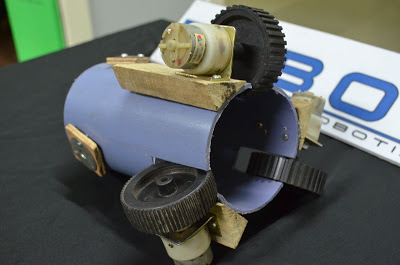 3 Castor wheels at the other end of the robot provide support during pipe traversal. 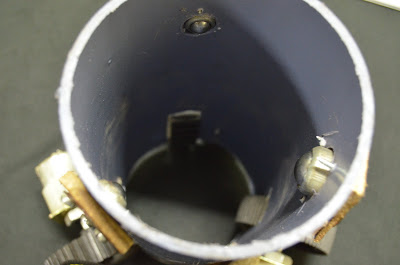 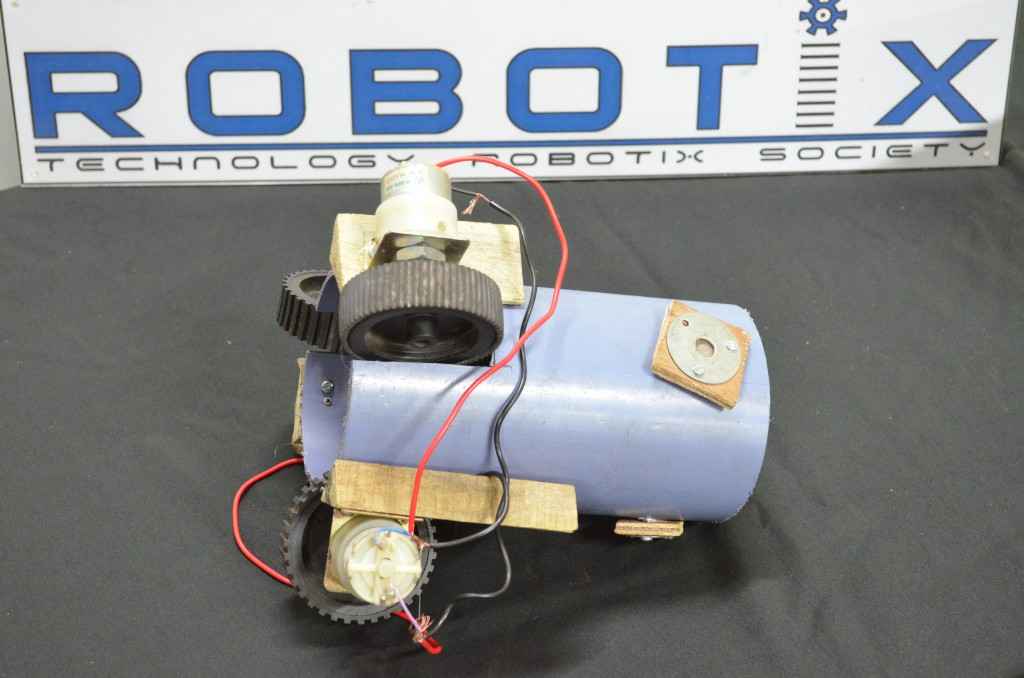 The C-shaped rotatory mechanism allows the attached popping mechanism to rotate around the robot. 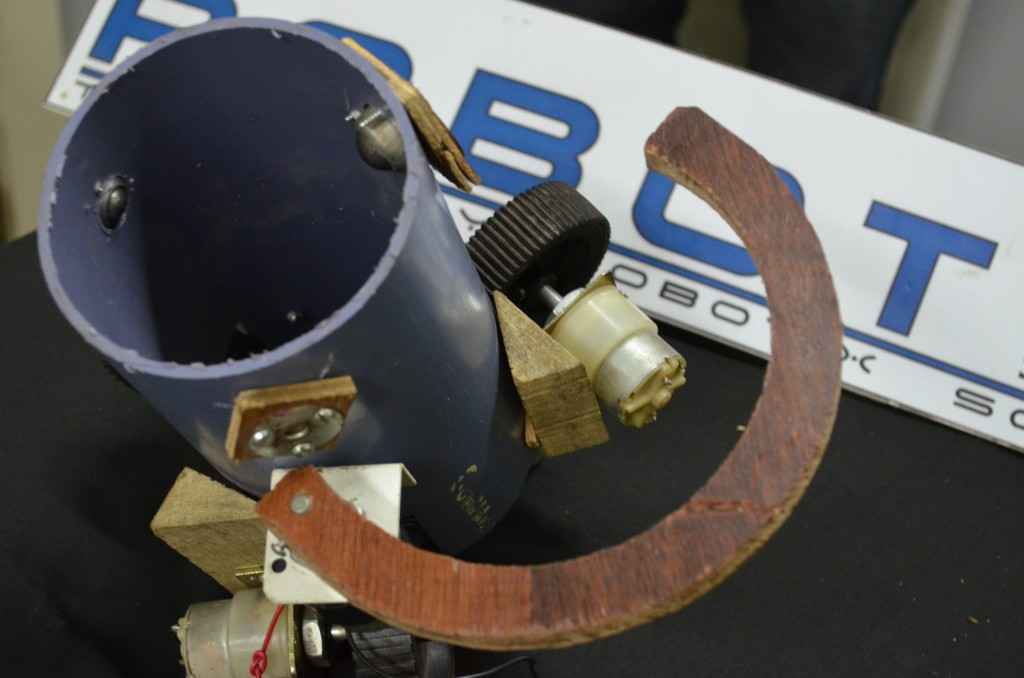 The popping mechanism consists of a rack and pinion system. The rack also acts as part of the arm and can be pushed to the right and left by the pinion. 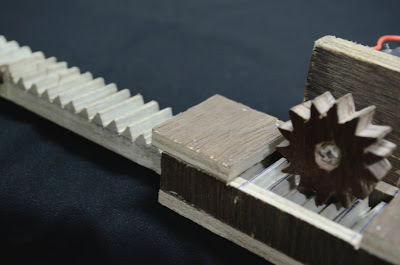 When attached as shown, that is tangential to the end of the C rotatory mechanism, the popping mechanism allows the mechanism to get a 360 degree reach around the robot.

As we are using 5 motors we need 5 three way switches. 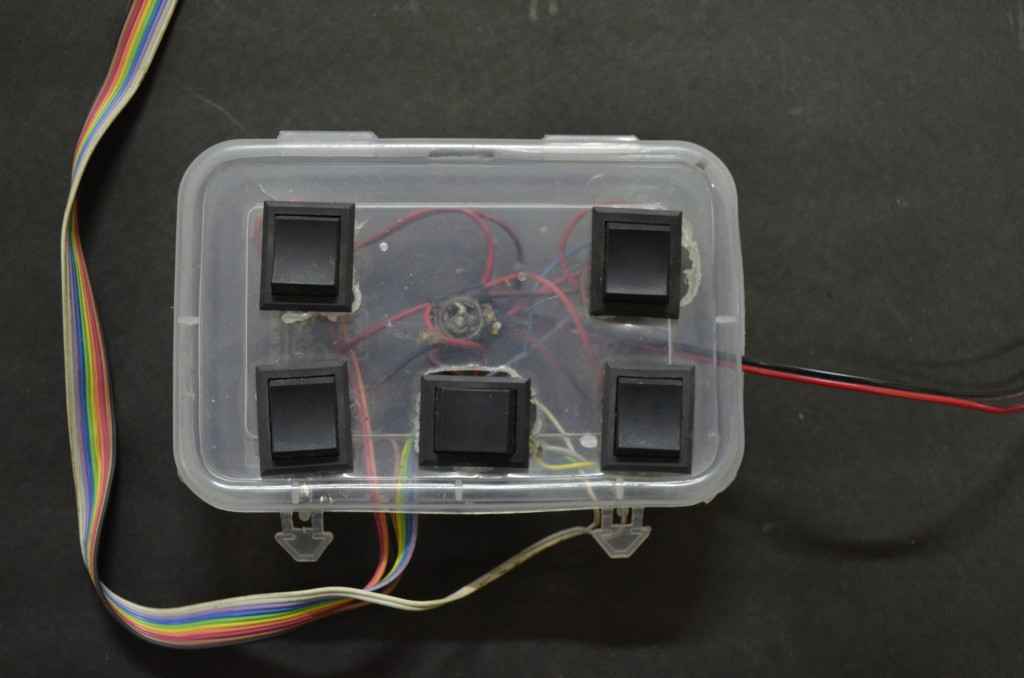 The control box used in this robot

Refer to the video tutorial for more details. You can also view the DIY in a pictorial and step-by-step manner here.