DIY : Build your own Transporter robot

Build an autonomous robot which can traverse a grid and place blocks in voids on the grid such that it optimises its path while completing this task. For more details about the event, refer to our website.

As per the Problem Statement, the robot has to guide its locomotion and perform the tasks of

In this Do It Yourself tutorial, the tasks of the robot have been divided into the following parts 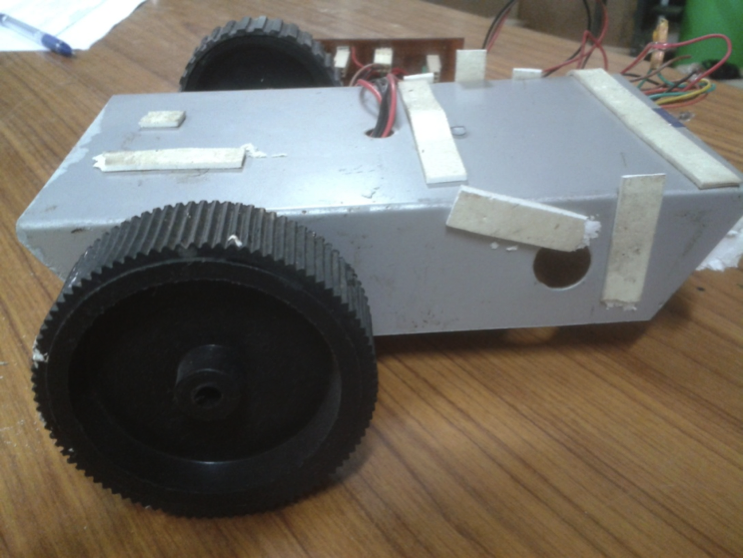 You can also check our detailed tutorial on Differential drives.

Our transporter robot needs to move the block from one node to a void. Hence, the body of robot can’t be simple as a line follower. We need a mechanical provision to move the robot.

For the grid follower part, a simple differential drive will suffice. For moving the block, we can have special grippers attached to the robot as shown in figure. 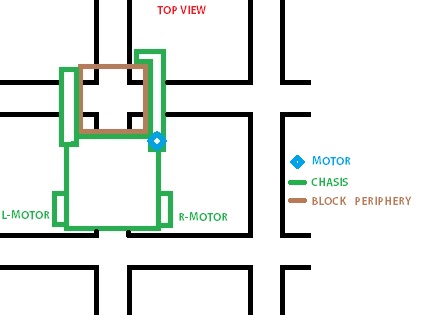 The above picture is a top view of the chassis that needs to be made. 2 gripper arms are attached to the front of robot. These hands will help the robot to get hold of the block. The motor on the right hand (indicated by blue) can be used to lock the block and drag it to its destination. The motor rotates on a plane parallel to the grid surface.

In this event, we need to sense – line/grid, block and void. 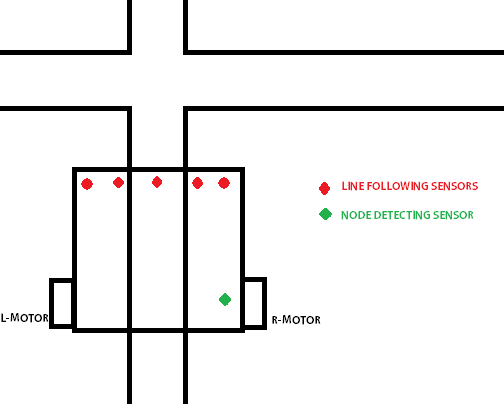 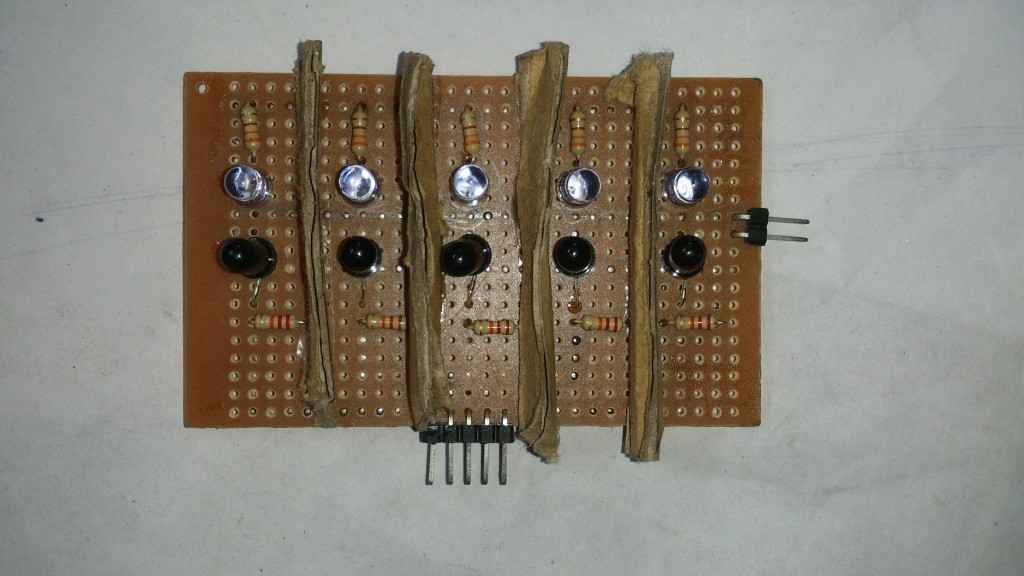 To learn the complete way of making it, you can refer to our line following and grid following tutorials.

Here, we are using simple IR sensors to detect the presence of block. This sensor circuit will be placed on front of the robot as shown. 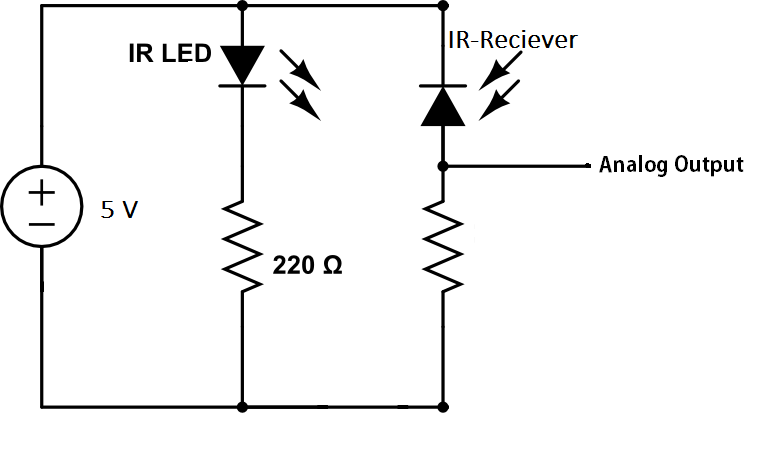 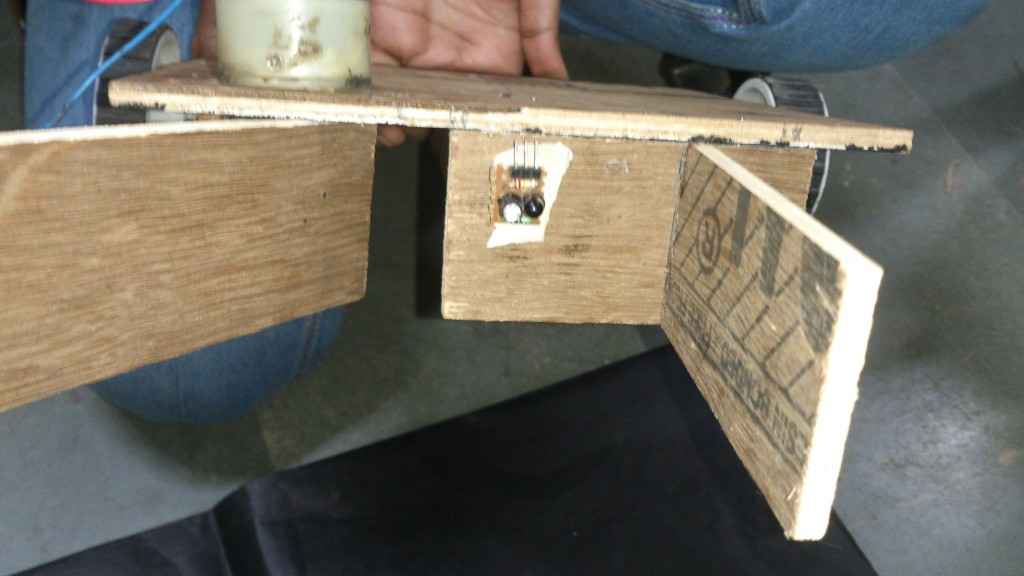 We can use an IR sensor to detect void. This IR sensor will be placed at the bottom of the robot as shown. The circuit diagram for this will be same as above.

Node detection (while moving the block to void)

In transporter, we need to move the detected blocks to the voids and place them there. We need a provision to detect the node before reaching the node. At this state, when the block is on the node, the robot is amidst the way. The situation can be detected by placing sensors on the robot as shown in figure. 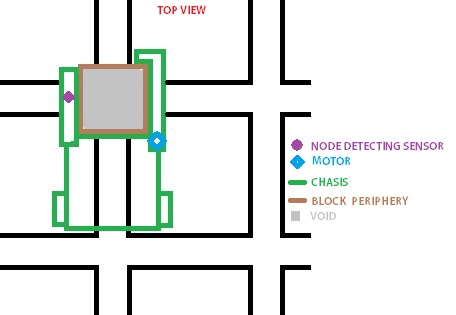 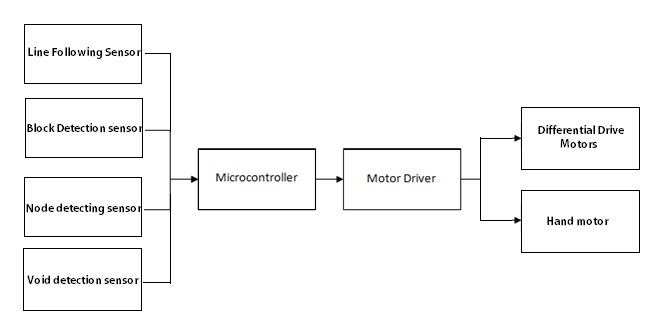 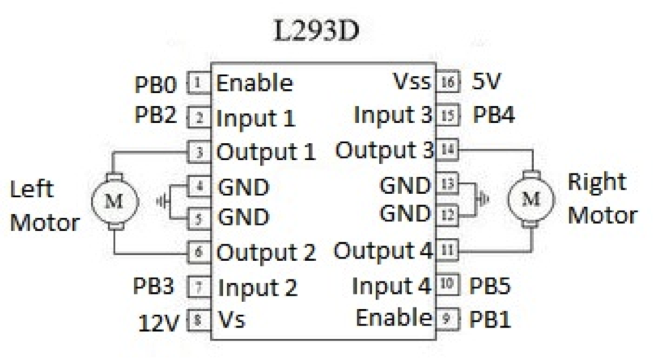 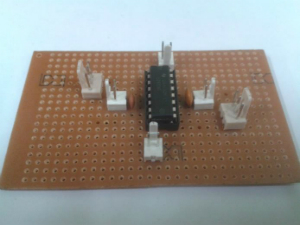 You can take output from any port of microcontroller and connect it to the input pins of the motor driver. You’ll require 2 L293Ds or 1 quadruple motor driver ICs because we need to run 3 motors here.

Check out tutorial on Motor Driver for further assistance.

Moving block to the void:

The Brute Force algorithm for this is very simple. Since, mapping the whole grid is done, we accurately know the positions of cubes and voids. So, we have to pick one cube and then scan its surrounding for a void. The demonstration is as follows:

The grid is shown as follows 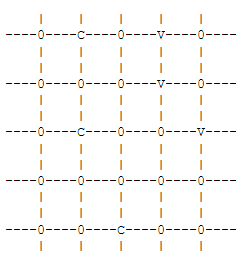 suppose we select the cube located at (1,2)(when top left node is considered as 0,0). 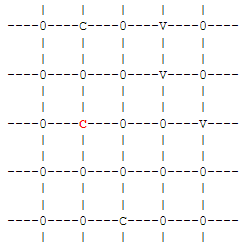 Now we will scan diametrically for void 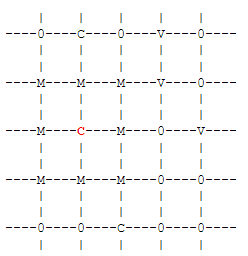 As you can see that the node surrounding the selected cube are scanned for voids. In the loop just outside the cube there are no voids present. So, we increase our radius 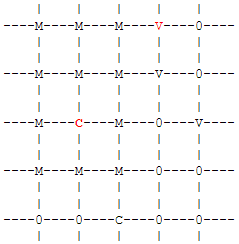 Note: Here when the node is marked, the robot does not actually travel to the marked position. You can find the nearest cube in the code itself as you already know the positions of cubes and voids.

This is not the best method but this will give you results easily without much problem.