When a critical soul questioned me about my motivation to follow robotics, I was speechless. Not that I didn’t have anything to say, but because I had so much to.

Where do I begin I thought to myself. The rush to learn something new or the goodness that fills when that motor gushes for the first time. Not to mention the emotions that get welled up when your Bluetooth gives you a green signal. And what about the feeling when you want to give up but you don’t and when finally you make it work, every sleepless moment spent on making that relay click starts feeling blissful.

Asia’s largest techno-management fest became an honorable host to such emotions. Kshitij 2017 witnessed some of the largest participation previously seen. The manual event – Bomb disposal, as expected saw the maximum participation among the three events. Also, the autonomous event

The participants, irrespective of who won or who didn’t, definitely had one common opinion- they had loads of fun. The debugging and calibration session for the bots was admittedly the most sweet and sour experience that the participants had all along. 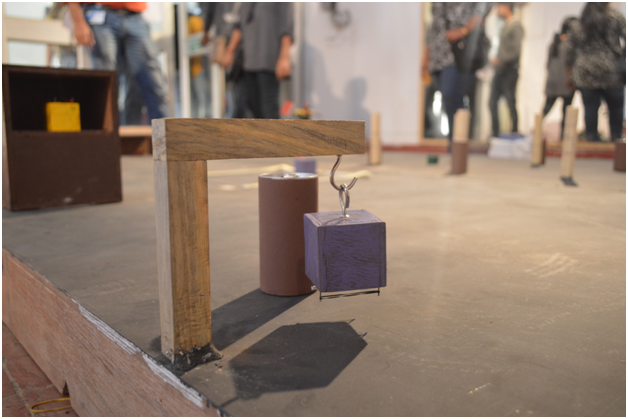 This event could be explained in a few words - Innovation at its best. Though the participants had a tough mechanism to tackle, it was done in some marvelous ways. The mechanism was to design a bot that was capable of cutting wires and lifting blocks. There were two arenas which were occupied the whole time. The event witnessed many moving as well as cutting mechanisms which used high speed cutters, solder irons, wire clippers and in some cases the most creative use of scissors ever witnessed. To sum up, Bomb disposal was a blast. 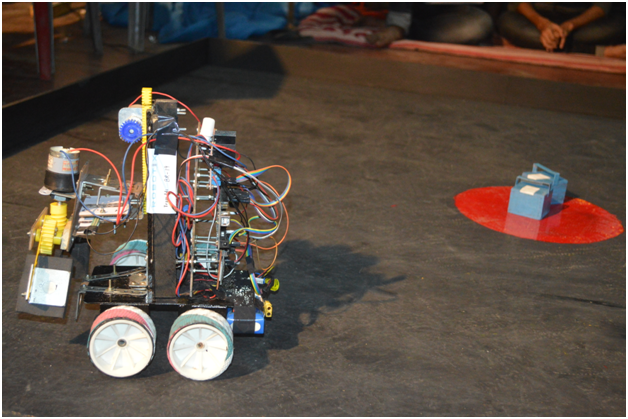 How can a task as trivial as picking and placing things be made fun-filled? Just tell them to do it autonomously. Tell them to have a wireless control and a few sensors fitted here and there. A few mechanical complications and voila! There you have it.

The participants had to make an autonomous bot capable of distinguishing between solid and hollow blocks. It was to be traversed using wireless bluetooth module.

Bricks became a first-hand spectator of the youth’s enthusiasm towards autonomous robotics. Students showcased their talents combined with their perseverance on a wooden arena.

People came to know about how hard it is to make and then to debug a bot. But the energy of the arena screamed how much fun it was to be a part of it. 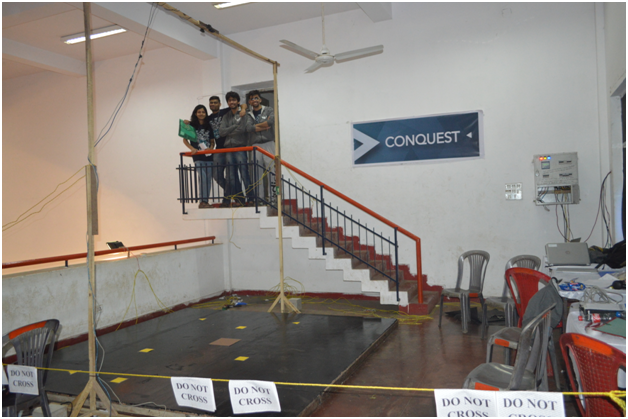 The image processing event made us realize how far we have come in robotics from where we started. We are almost at the verge of completing the bridge between the virtual and the real world. Think about this, taking a video feed from an overhead camera and telling the bot its left and right after processing the surrounding using that feed. It’s just amazing.

The event saw the participation of around 20 teams and enthusiastically so. The bot run wasn’t as simple, but when the bots finally ran, the look on the participant’s face was worth cherishing. True happiness.